The concept of hooliganism has long been associated with English football fans. Today, we will be taking a deeper look at hooliganism and the active pursuit of reputation rehabilitation. Football is indeed England’s national sport—it is deeply rooted in our development as a country and as a people. You would be quite hard pressed to find a British family that does not have two or three football nuts in there.

While the sport should be a positive and healthy environment for all, our history has taught us something quite different. Loving the sport and supporting your favorite team is one thing. It is something altogether when the “love” you have for the team warps your actions into something that is harmful and quite disruptive.

This is the term that was given to the utterly violent behavior that has been perpetuated by some English football fanatics at sporting events. What is quite disturbing for English fans is the fact that hooliganism has been part of our culture. It was in the 1880s that the first hooligans were ever recorded.

They were not called hooligans at the time. Instead, they were the people that were called roughs. These people were so utterly dedicated to their teams that they would often make it a habit to attack referees, the opposing team, AND the opposing team’s fans. This is an utterly deplorable and senseless thing.

It was in the 1970s that roughs or hooligans actively tried to find each other to form clubs. While this should have been fine if they were committed to merely gathering to show support to their respective teams, this was not what happened a lot of the time.

The year of 1974 was a particularly rough time in the history of England’s football. There were several instances of violence, riots, assaults, and even murders that occurred because of football hooligans.

There has been massive representation of such behavior in film and TV. One of the more favorite examples in modern media is from the film Eurotrip. The protagonists were supposed to be on their way to Berlin and had some time to kill in England. When they were killing time, they went to a sports bar and were surrounded by Manchester United fans. The protagonists even referred to them as ‘soccer hooligans’. Obnoxious, violent, and prone to acts of disturbance—this is how they are portrayed.

While they are not inherently bad (at least, in the movie they were not) this is not often the case in real life situations. It was in the 1960s when the UK solidified their reputation for having the most unruly and utterly appalling football fans in the world.

It did not help in the least that in 1975 and in 1977 full blown riots broke out following football matches. It did not help that around this time the blatant racism that some English football fans were showing Black football players.

All the negative actions got so bad that the British government had to create departments and task forces specifically designated to counter football related violence. This was particularly quite rampant in the 1980s and for most of the 1990s.

England’s football fans were now stuck with a rather negative connotation. It was widely believed that if you were a supporter of any particular football team, it would be in your best interest to not show it. Do not talk about the sport—you never know if a hooligan was around to overhear you.

As you may imagine, this did not do well for England’s reputation and especially its tourism. There was some argument regarding the “positive” impact that hooligan fans had on the teams that they support. They argued that having hooligan fans boost the team’s performance. There was also this odd surge in employment due to the fact that extra security was needed in sporting events simply because it was practically expected to have hooligans and disruptive behavior present.

However, these were merely limited time boosts and benefits. More and more teams started to realize that the pressure on their performances would be bad. What actually happens is that much stress is put upon the team to produce results to keep their fans happy. The mentality was either you win or you face a riot from the very people who claim to love you.

This is not good for any athlete in the long run. The constant pressure ends up being detrimental to the teams that they support. Also, there was a rise in perceived security brutality. It was a generally negative reputation that was starting to affect the sustainability of the sport. All of this prompted stricter measures regarding the addressing and punishments given for hooligans. 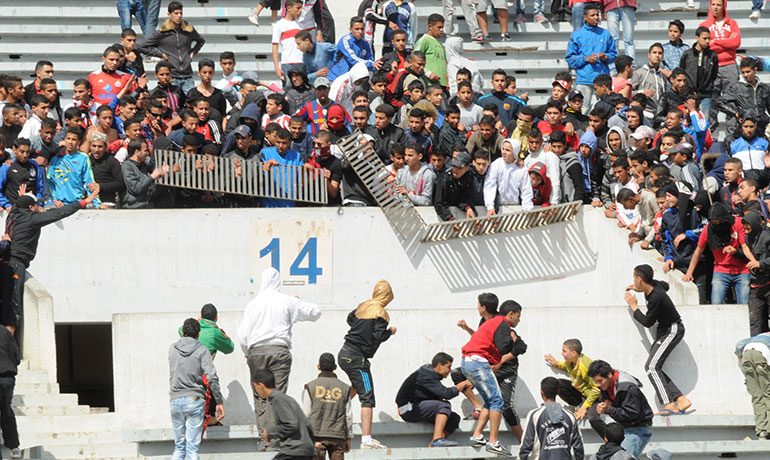 By the time that the 2000s rolled by, most of the physical violence had gone down. As it turns out, however, it simply found a new place to live: online. Hooliganism is now done under the complete guise of anonymity.

What is good is the fact that more and more football fans have actively been trying to fight the stigma attached to English football fans. They do not tolerate any form of hooliganism and as such the active clubs who have been known to incite violence are far and few between.

We all needed to change the negative perception that the rest of the world had about the fans of our national sport.

The idea of hooliganism has certainly done its share of literal and figurative damage. If a sport is ever going to survive, it is critical that the support system to keep it going is healthy and not disruptive. The funny thing is, the whole concept of hooliganism is built on being disruptive.

If we want to leave a more positive sporting world for the coming generation of football fans, hooliganism needs to be a thing of the past. The fight against hooliganism is still ongoing. We may have won a majority of the battles but the war still continues.

One for the Players: 4 Non-Physical Ways to Improve Your Game

One for the Parents: Tips to Help Your Budding Football Star