Sports fans are highly creative when it comes to find different ways to truly enjoy the sport that they love. Today, we will be looking deeper at the entire concept of Fantasy Football.

What is Fantasy Football?

This is actually an offshoot hobby that originated from truly die-hard football fans. Football has down seasons when the teams are back in their local arenas and training for the big fights. During that time, football fans needed their fix on matches.

It was also a gripe of many a fan on how things would be so much better if they were able to run the team that they love. Fantasy football is a god marriage of both. It allows fans to build and ‘run’ their own imaginary team. The fans act as team owners or team managers and they build their teams in accordance to predetermined rules by the group.

The popularity of fantasy football has sky rocketed in the last few decades. More and more people have come to realize that it is a viable and fun activity. 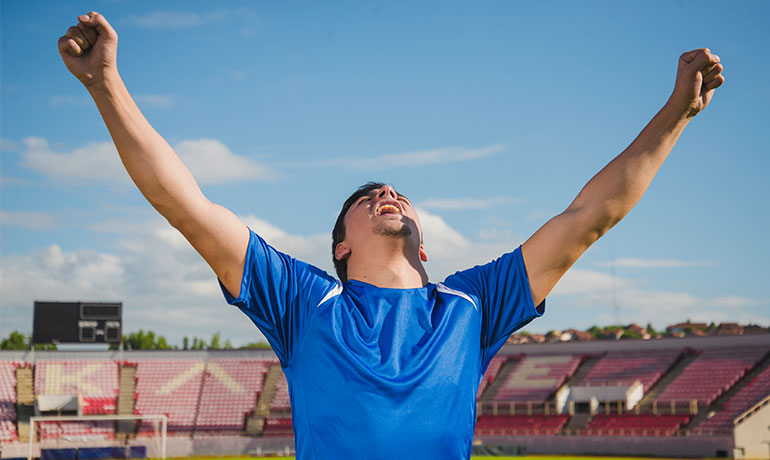 If you are a fan of football, you would totally understand the appeal. Being able to control and “interact” with players is always a fantasy of anyone who has ever loved the game. There are even several benefits to playing fantasy football.

Here are some of them:

Football lovers all gravitate toward each other when playing fantasy football. After all, it is a team effort. Several players will have to come together in order to form the ‘league’ owners or managers. Fantasy football only works if you have a network of players who are willing to play the game along with you.

It is only natural to trade players, after all. Also, if the season completes and the game is a positive experience for all, plans can be made for the next season. There is a bond that is forged by fantasy football that can be the foundation for solid friendships that will last decades.

It is a positive hobby

Usually, fantasy football will require a day in a week to be able to ‘formalize’ any trades or dealings between ‘owners’. As such, there will be a dedicated schedule for this hobby. Time dedicated to this hobby is time that is not spent in pursuing other vices.

There are studies that support the fact that those that indulge in fantasy football often lead overall healthier lives. As these people are able to act out their dream teams and dream matches, there is very little stress or anxiety that is left over from the past football season.

It also helps that being able to trade players that were disappointing gives a sense of control and release for fans. It may not seem like much but it is a healthy and positive hobby that can help curtail any negative leftovers from the previous season.

You can make money from it

The whole concept of sports betting is nothing that is truly new. Yes, even in fantasy football, money can be a part of it. What started as a few small bets between friends can also balloon in to massive bets with large payouts.

There are now dedicated websites that allow players to do the whole game but in shorter periods. The websites make use of an algorithm that will help determine the winner of the season based off the points that the ‘teams’ will earn as selected by the player.

As it is with online forms of gambling, there will a slight entry fee in accordance to the prize that is up for grabs.

Like in all things in life, there will be a few setbacks when you do try playing fantasy football. Here are a few of them:

When asked why they just did not go ahead and say that they were playing fantasy football, the common answer is that they were ashamed from it. The ‘pretend’ part of the game is often met with derision that can affect the players if they let it get to them.

Fantasy football is something that you can become addicted to if you are not careful. As there are now sites that monetize fantasy football, it is now legitimately considered gambling. Whenever gambling is involved, it is important to be cautious.

Without meaning to, you can become caught up. Instead of devolving into hooliganism, you may now contend with the very real threat of losing a lot of money to the game.

As football is seasonal, fantasy football is a highly creative (and now lucrative) way of keeping your appreciation and interest of the game alive and well. It is a recreational hobby that poses very little threat to those that play it—provided that it is done ethically and responsibly.

Play Soccer and Slot Machine Together

Soccer is one of the most loved sports of the world today. In America, soccer has even become as popular as baseball, football, and basketball. On the other hand, there are also many people who love to play soccer online. One of the popular sites that offer free slots for soccer is called Slotspot. This site offers both slots on soccer and other types of casino games so you can play just as you like.

To play soccer online, all you need is an internet connection and a computer. You can also use your mobile phone to connect to the site and play. In addition to slots, the site also offers other types of casino games like casumo online book of dead that will surely give you the fun and excitement as you play and win.

Aside from slots, soccer is also one of the popular games to play on slots. It is a little bit different from slots because you can win the game in soccer as well. Playing soccer online is not only for gambling but it can be a lot of fun. If you are a soccer fan, you can play the game just like you would with any of your favorite teams and you will surely have fun while you are doing it.